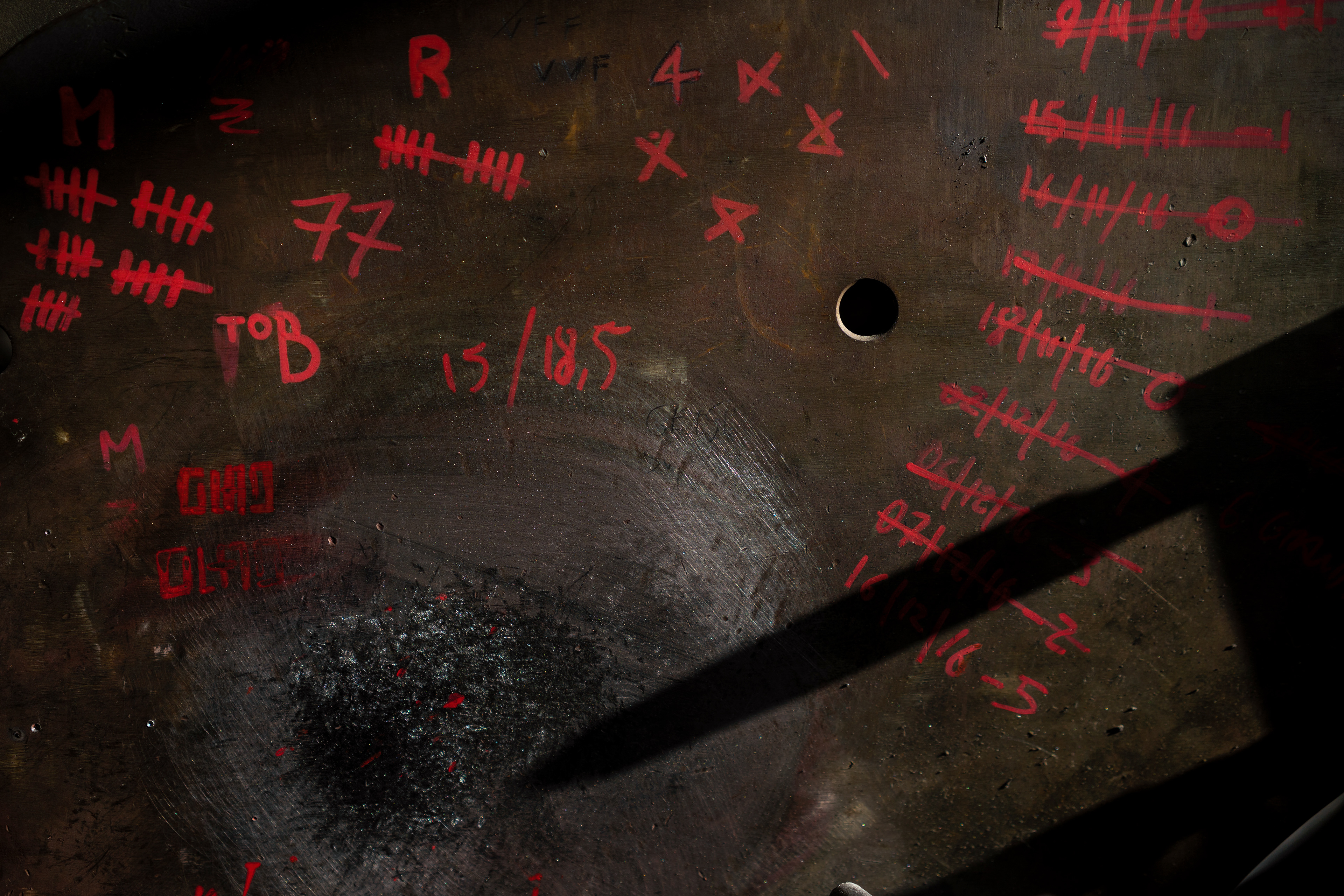 1: Jig 2 -Grease pencil markings cover a frame jig at the Officina Dario Pegoretti workshop in Verona, Italy. After the sudden death of the companies namesake in August of 2018, Pietro Pietricola's team of master steel frame bicycle builders now fight to survive, to mourn, and to redefine themselves and the Pegoretti brand. 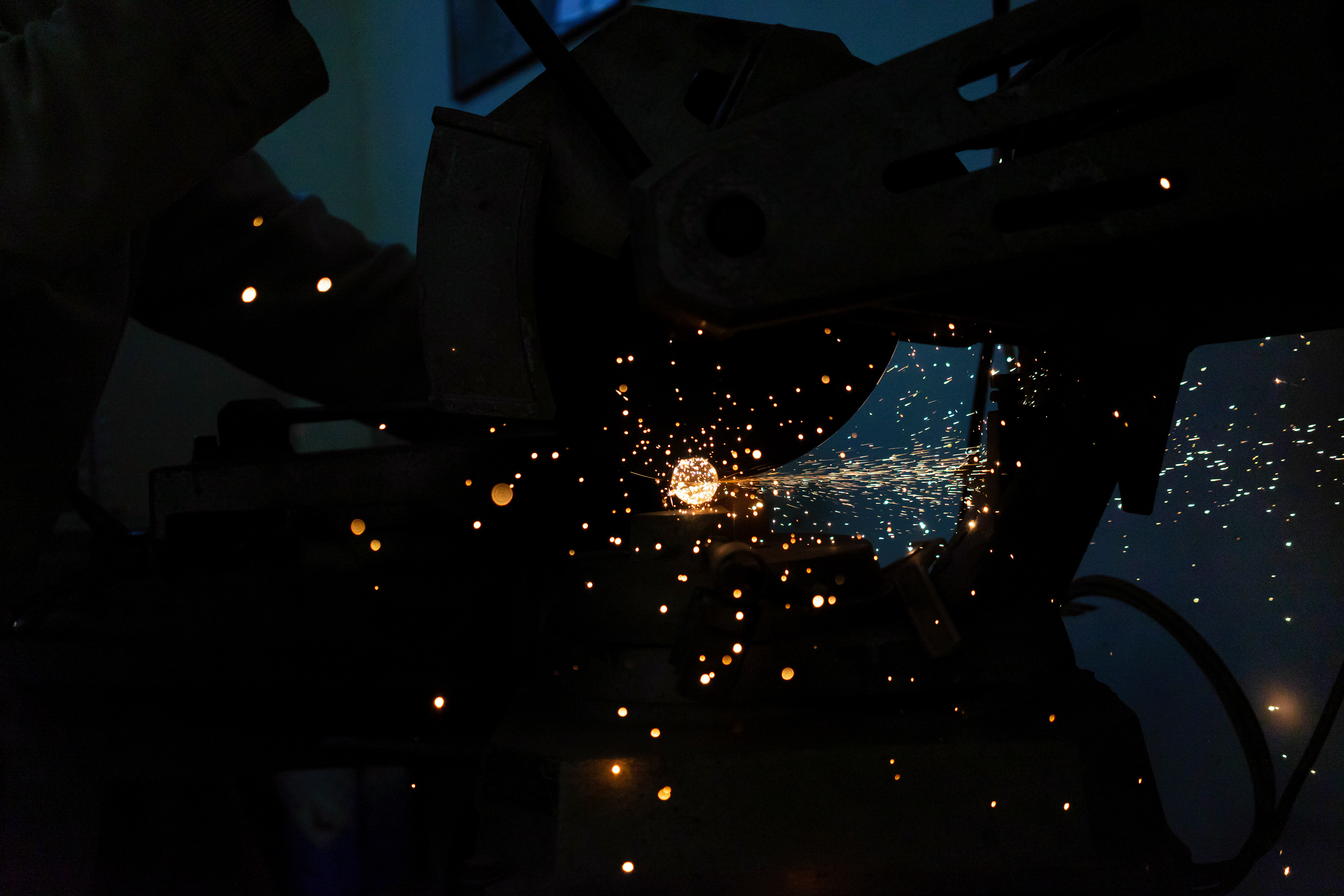 2: Sparks Fly -As Gianmaria Citron, apprentice frame builder, cuts more steel, I watch the sparks fly all over the room. 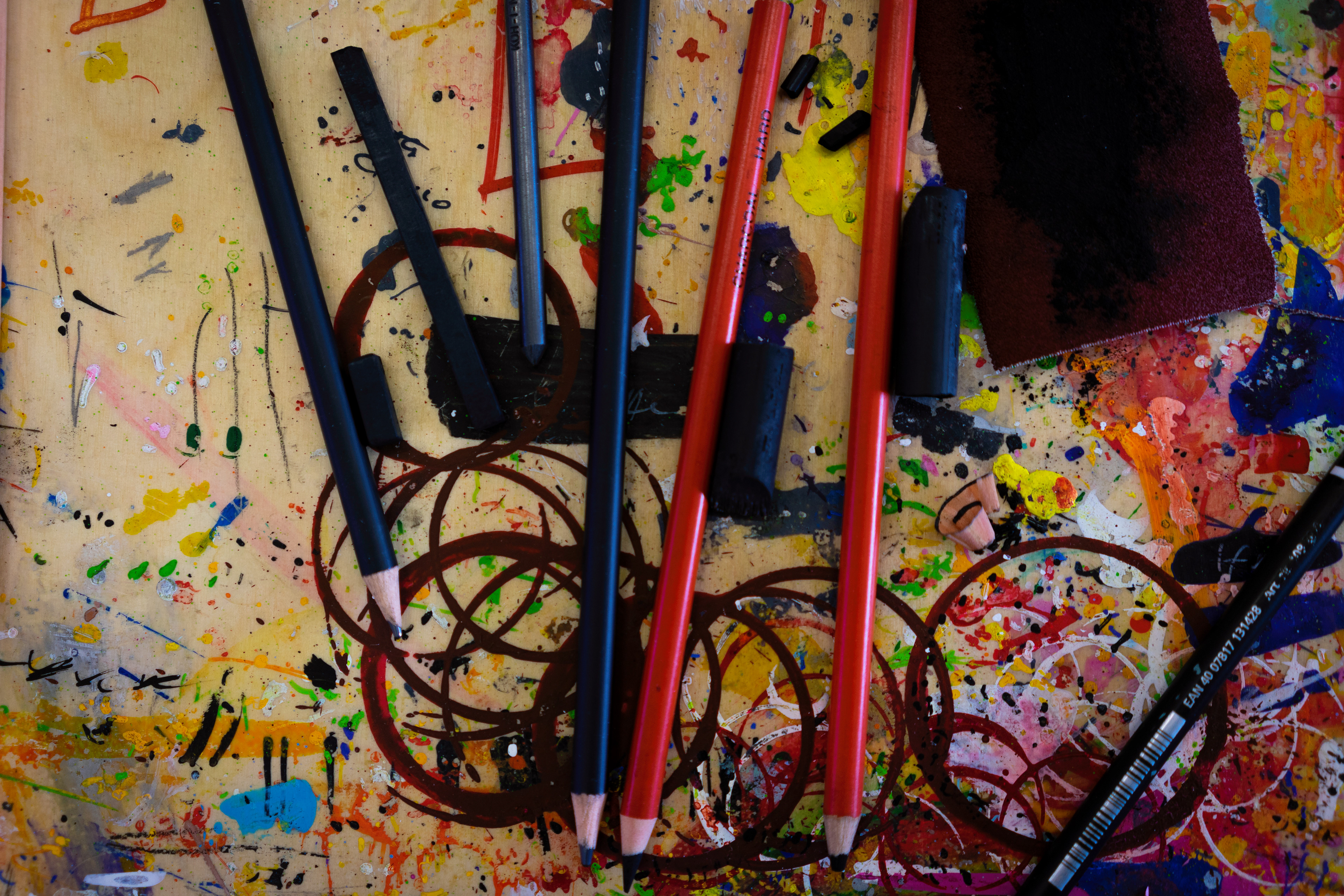 3: Pietro's Pencils -When it comes to creating a paint scheme for a frame, Pietro and Andrea will use anything from a pencil, to custom blended paint. Nothing is off limits. 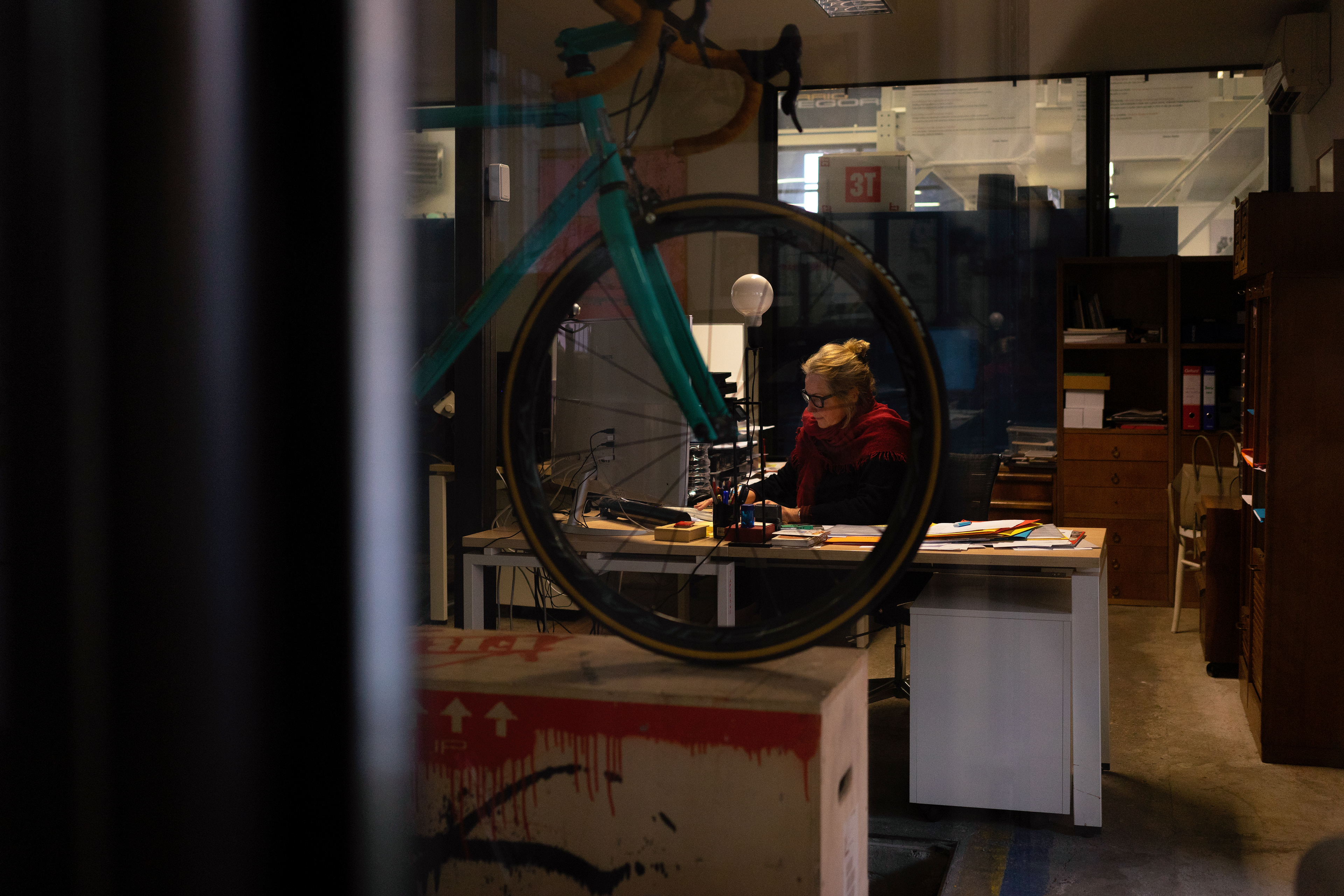 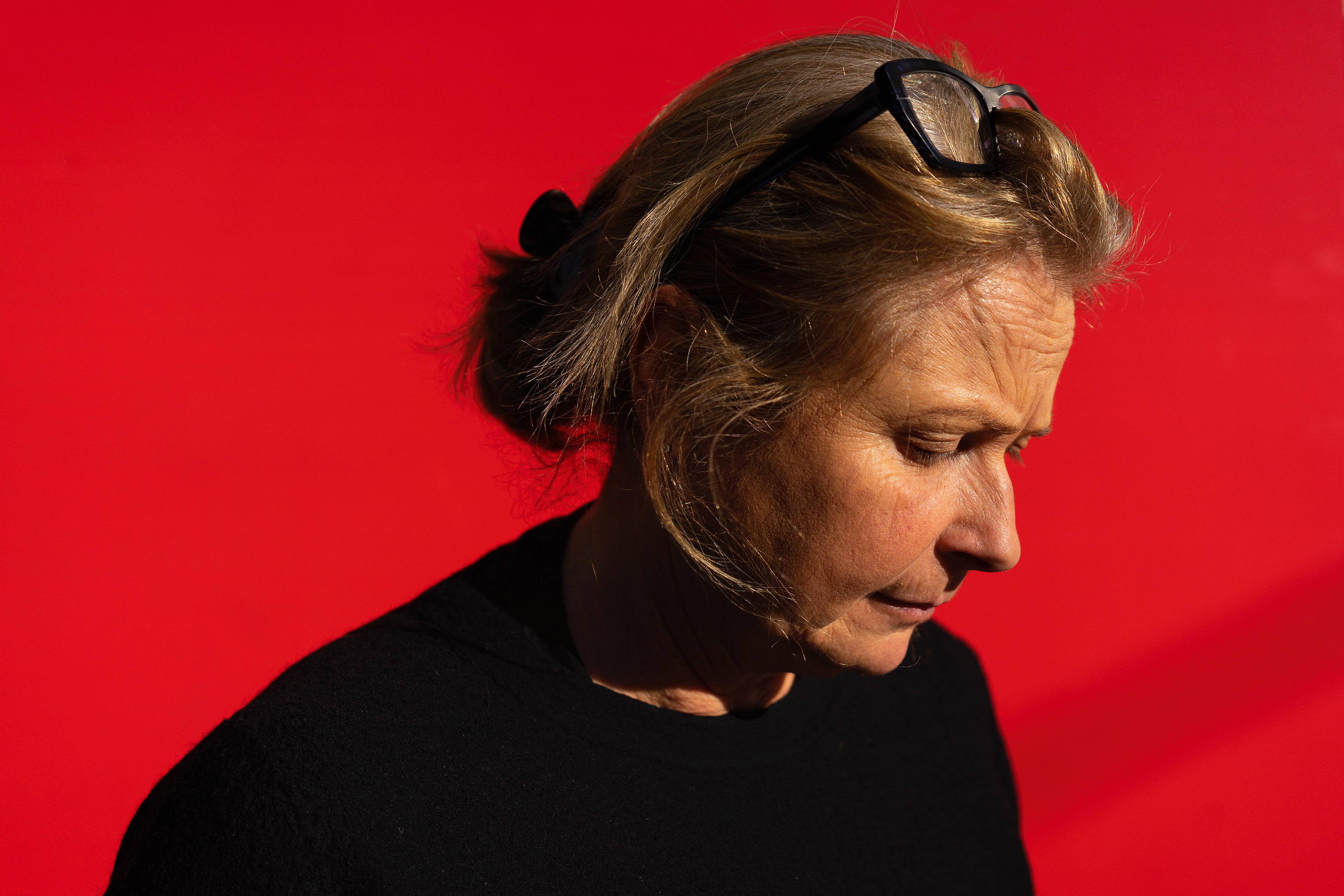 5: Cristina -Cristina Würdig, a veteran of the bicycle business, a professional manager, and close personal friend of Dario's for decades. With Dario's passing, she has suddenly found herself as co-CEO, along with Pietro, of Officina Dario Pegoretti; just months after she swore to Dario she would quit the bicycle business. 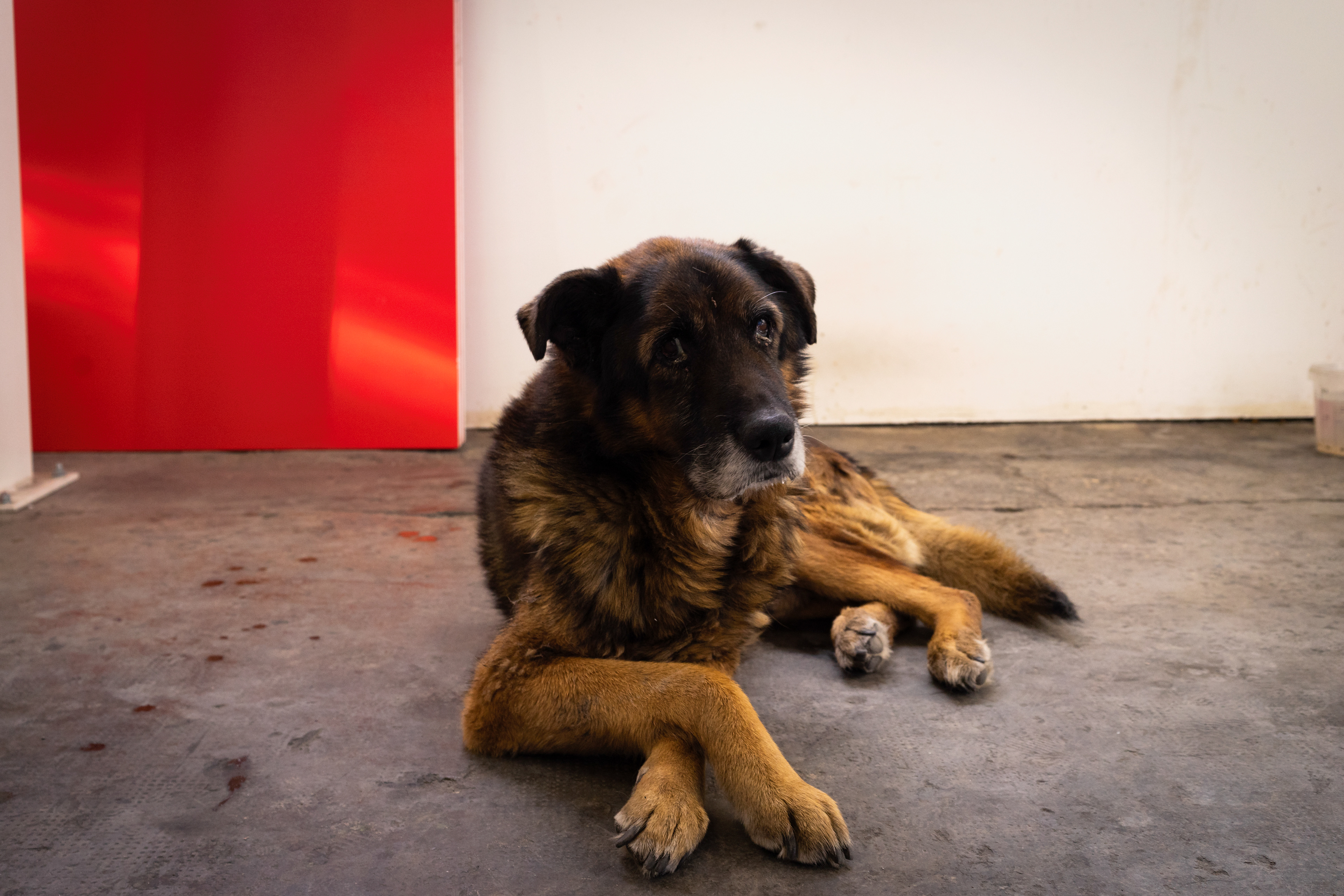 6: Jack -Jack lives in the shop. He is their mascot. He is also 13 years old, and very near the end of his life. Pietro and Dario found him on a trip to Croatia when he was just a puppy. Pietro laughs telling the story of he and Dario trying to drive Jack across the Croatian border. The end result is that Jack now has two passports. 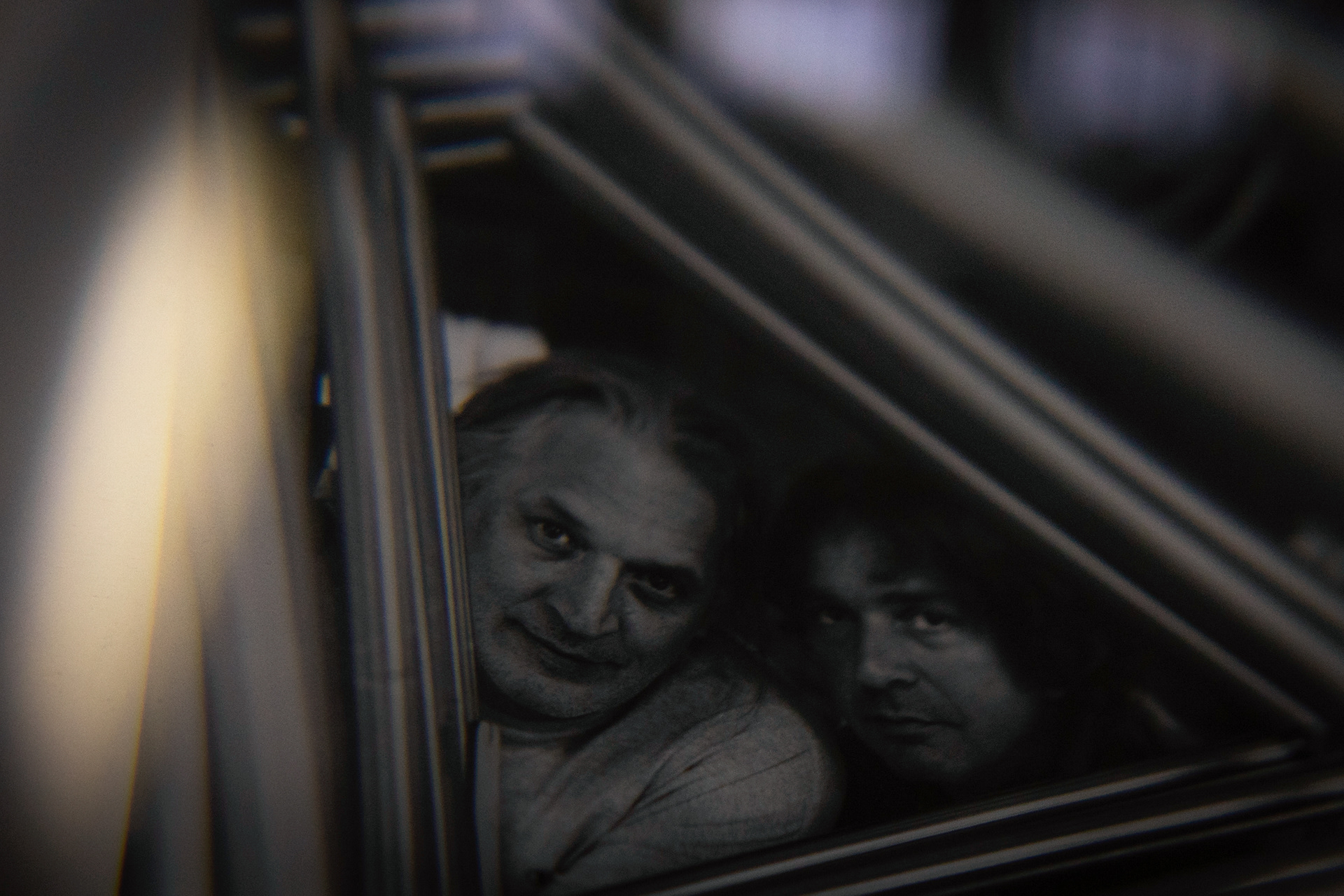 7: Magnifying Friends -An old photo of Dario and Pietro. They enjoyed a close friendship and working relationship for over twenty years. They met, I discovered, in a bar when Dario stopped in by chance to ask for directions. That stop would change both of their lives forever. 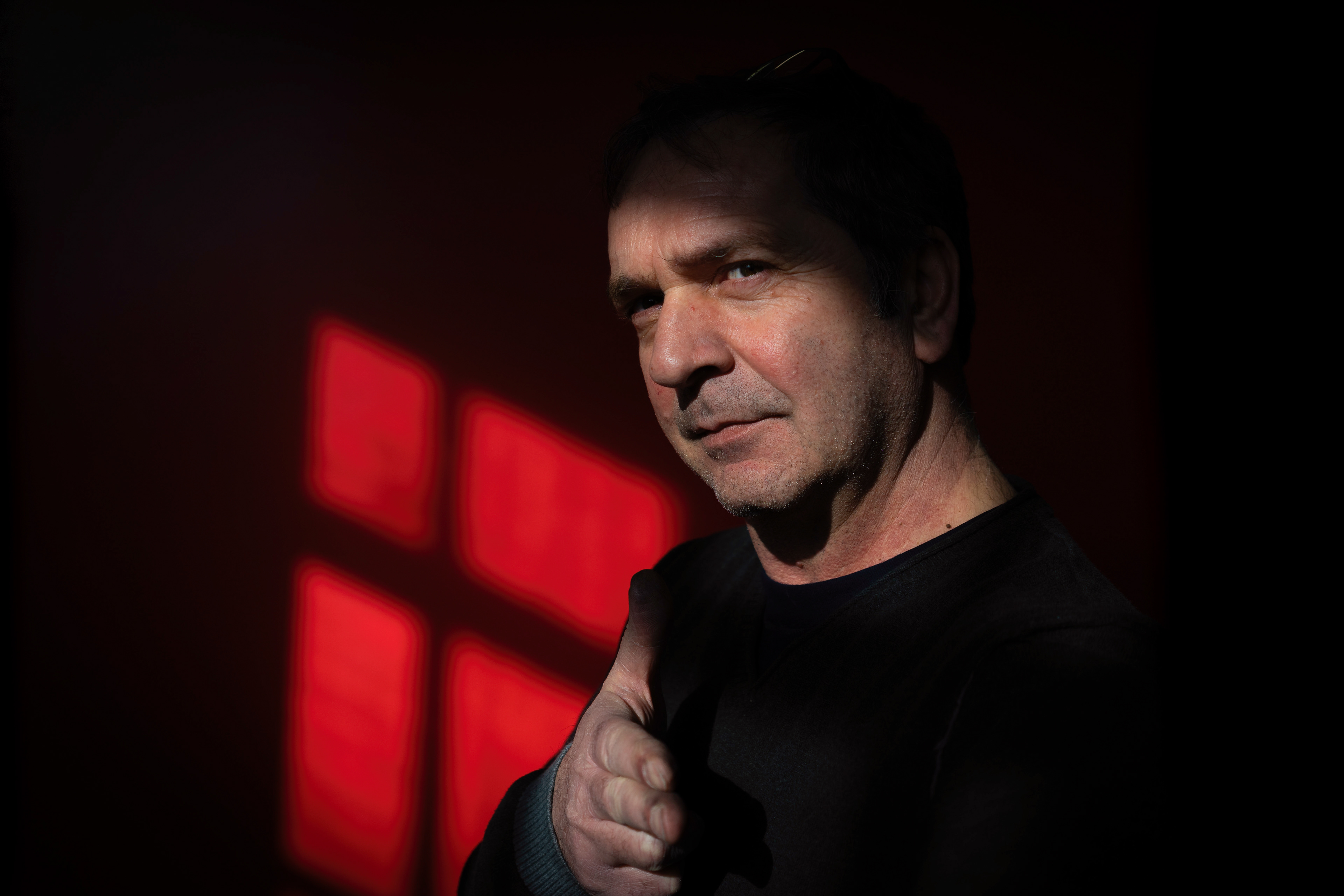 8: Pietro Portrait -Pietro "Pero" Pietricola is the living heart of Officina Dario Pegoretti. He is, and has been, the master craftsman behind Pegoretti frames for many years. An employee and friend of Dario's for over two decades the full responsibility for product design, build, and execution now rests on his shoulders. Now that he is out from under the shade of the big tree that was Dario, it is now may be Pietro's time in the sun. 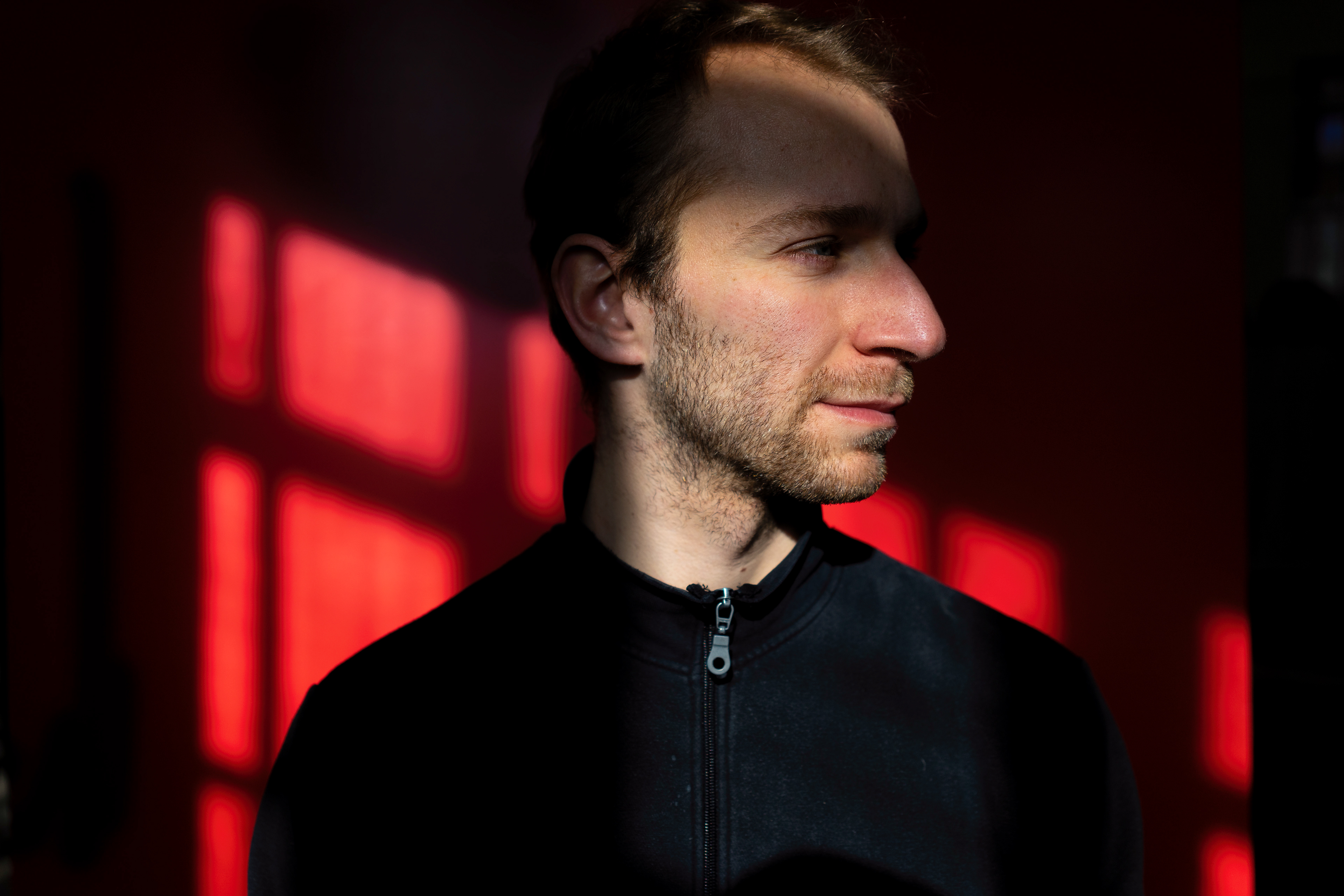 9: Andrea 2 -Andrea Meggiorini, 24, the youngest employee at the workshop, and apprentice painter. Before working for Dario and Pietro, Andrea had no experience as a painter. As it happened, he turned out to be brilliant at it. His desire now? "I want to be the best painter in the world." He seems to be well on his way. 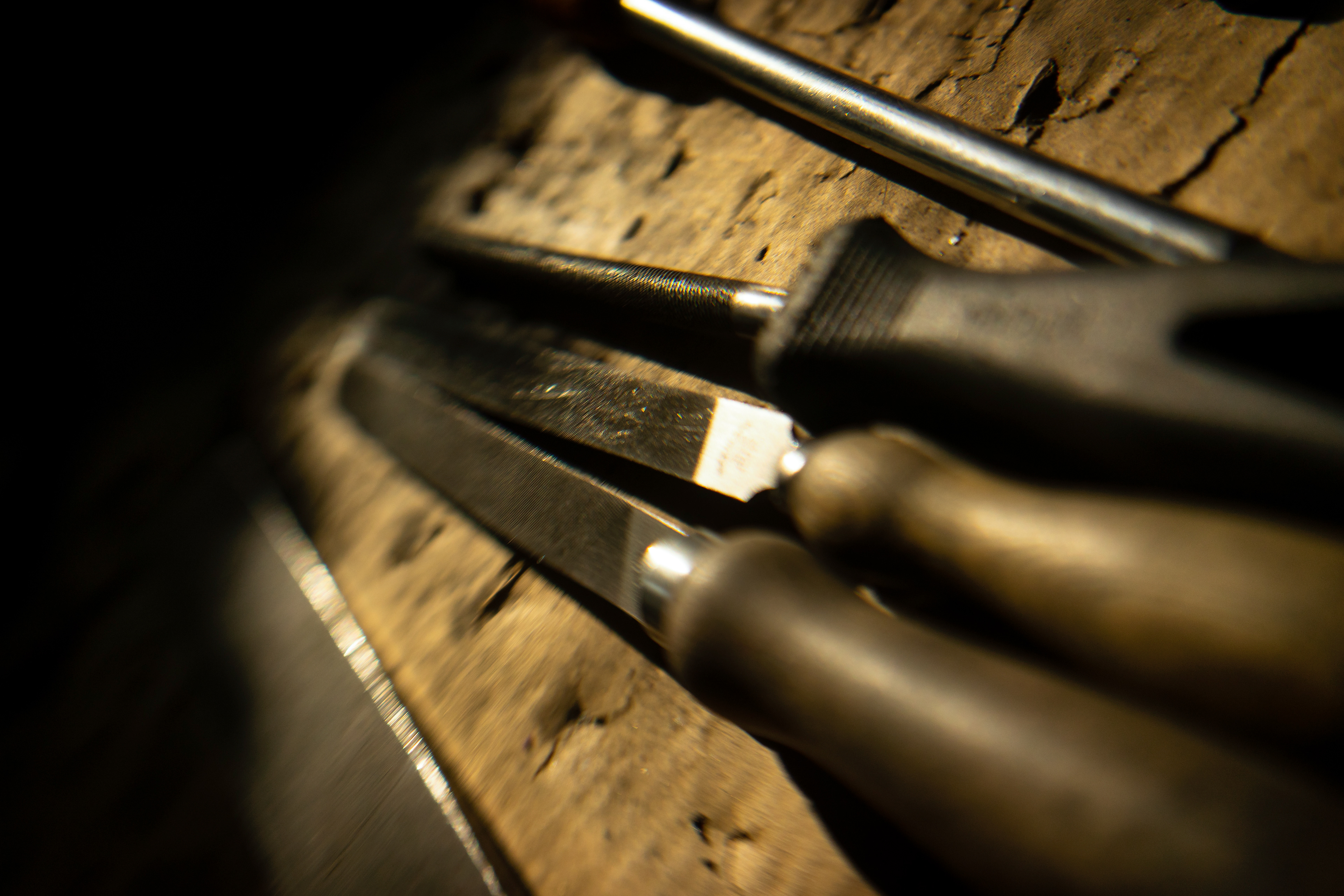 10: Magnifying Tools -Some of the tools of the trade on Gianmaria's workbench. I found the workshop to have a mix of "old fashion" tools, and new technology. A hand file that is 40 years old, is used as readily as a brand new sand blasting booth. 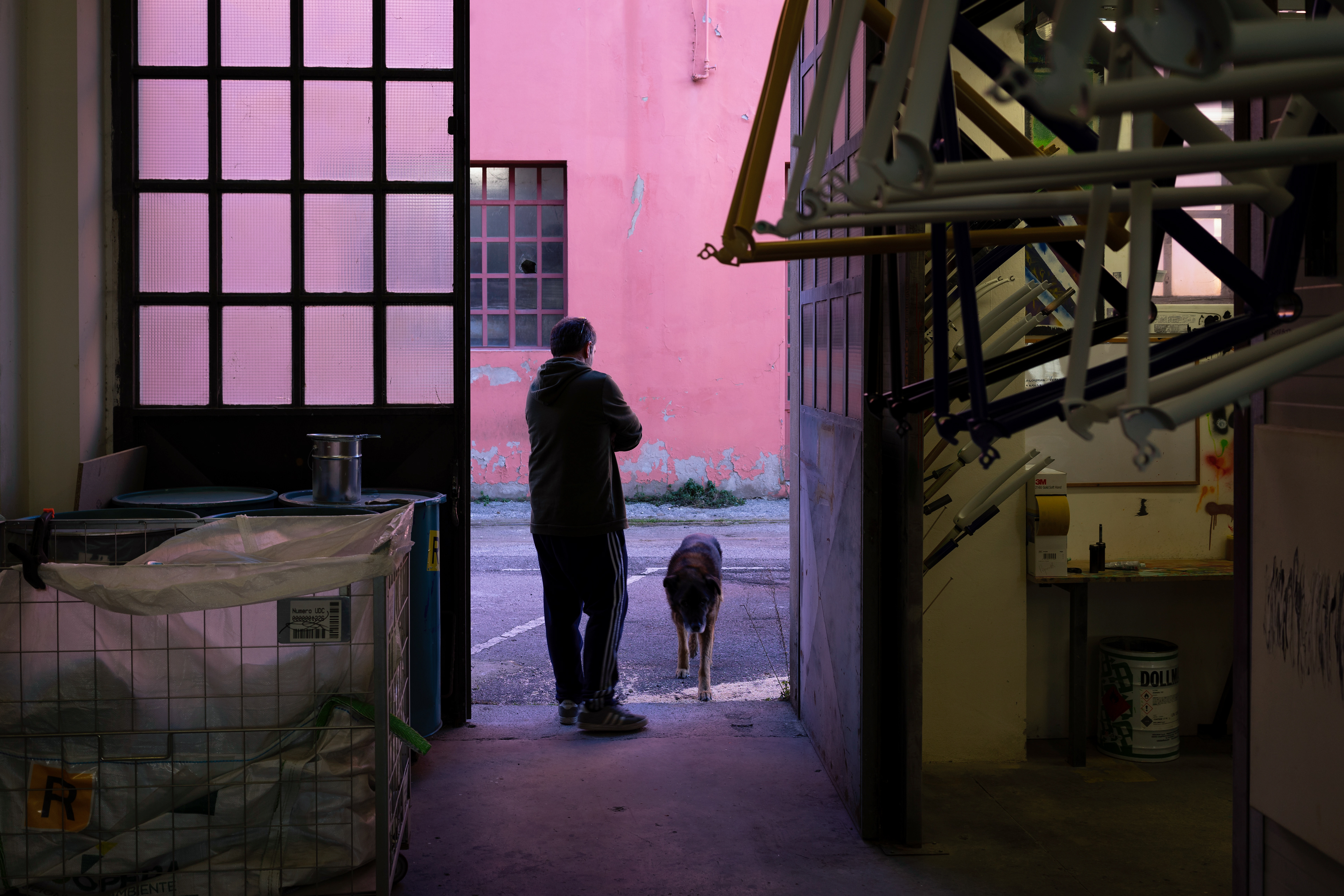 11: Pietro & Jack -Pietro and Jack are engaged here in their daily routine of Jack walking very slowly to and from the "bathroom." Jack lives in the shop. He is their mascot. He is also 13 years old, and very near the end of his life. Pietro and Dario found him on a trip to Croatia when he was just a puppy. 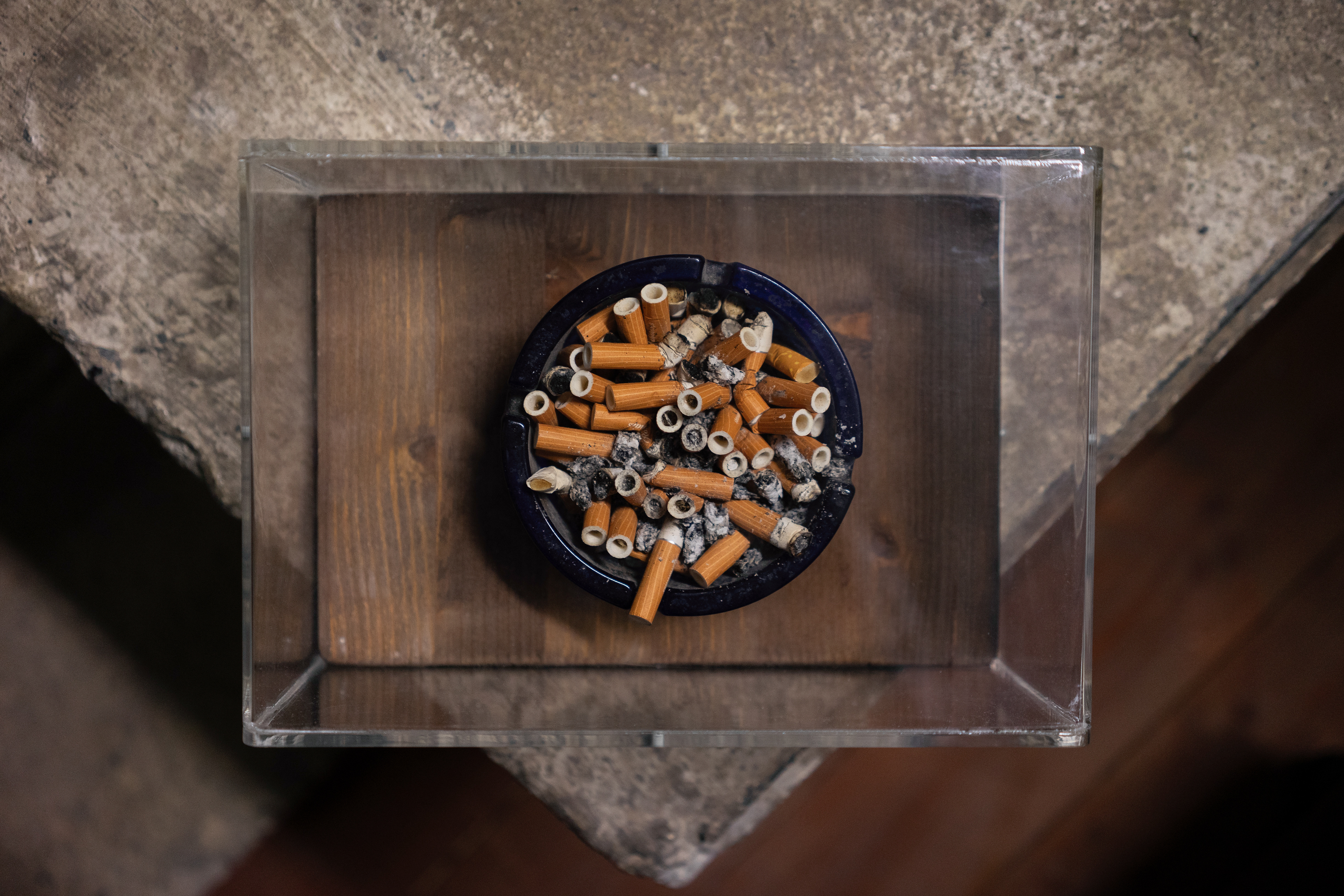 12: Dario's Last Day -The cigarette butts from Dario's last day of smoking. After his death, Cristina couldn't bear to throw them away. A friend of the workshop built a case, and the ashtray sits in "The Pit," the workshops living room, to this day. 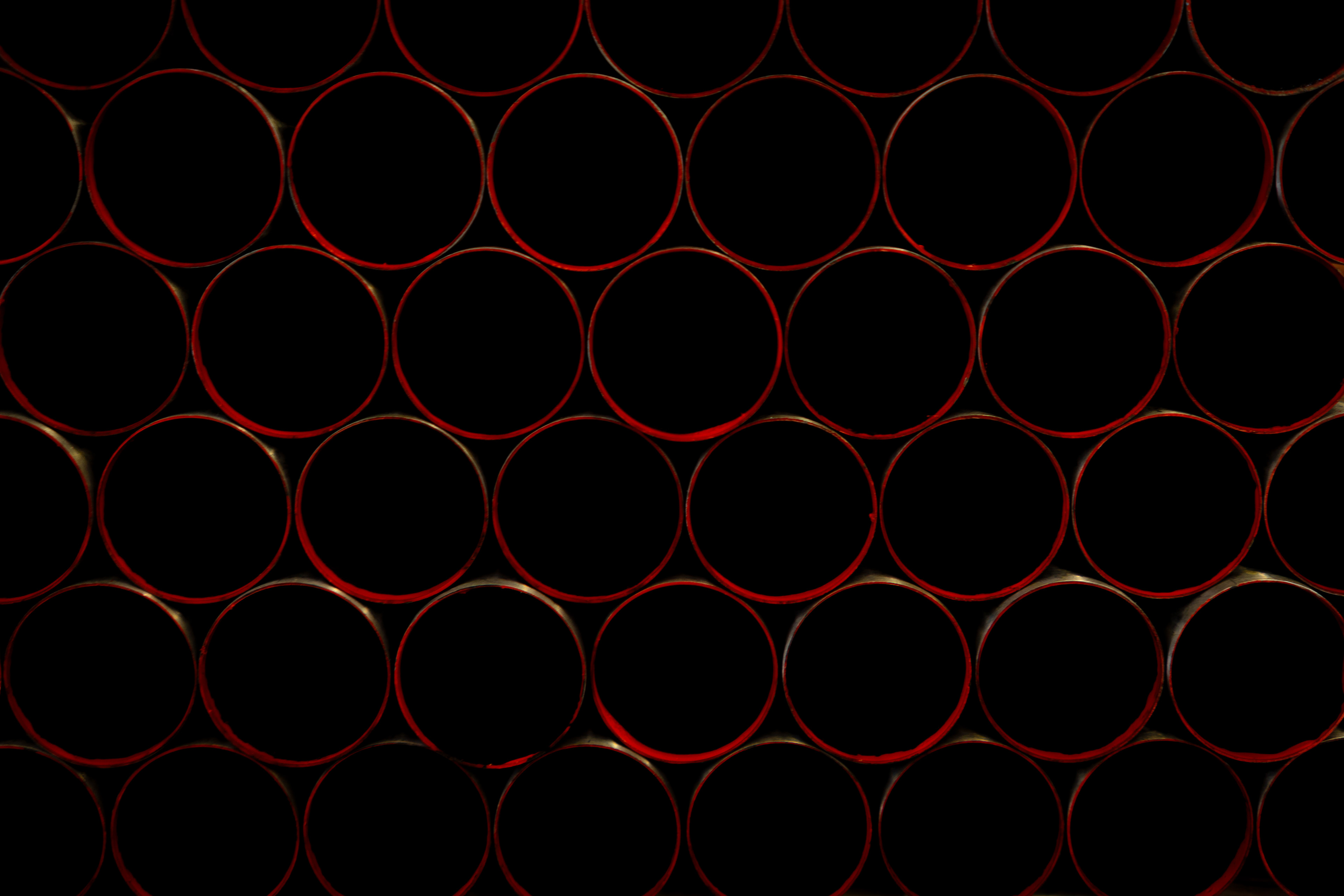 13: Tubes 1 -Fresh steel tubes from Columbus. From these raw materials, Pietro and his boys make art. 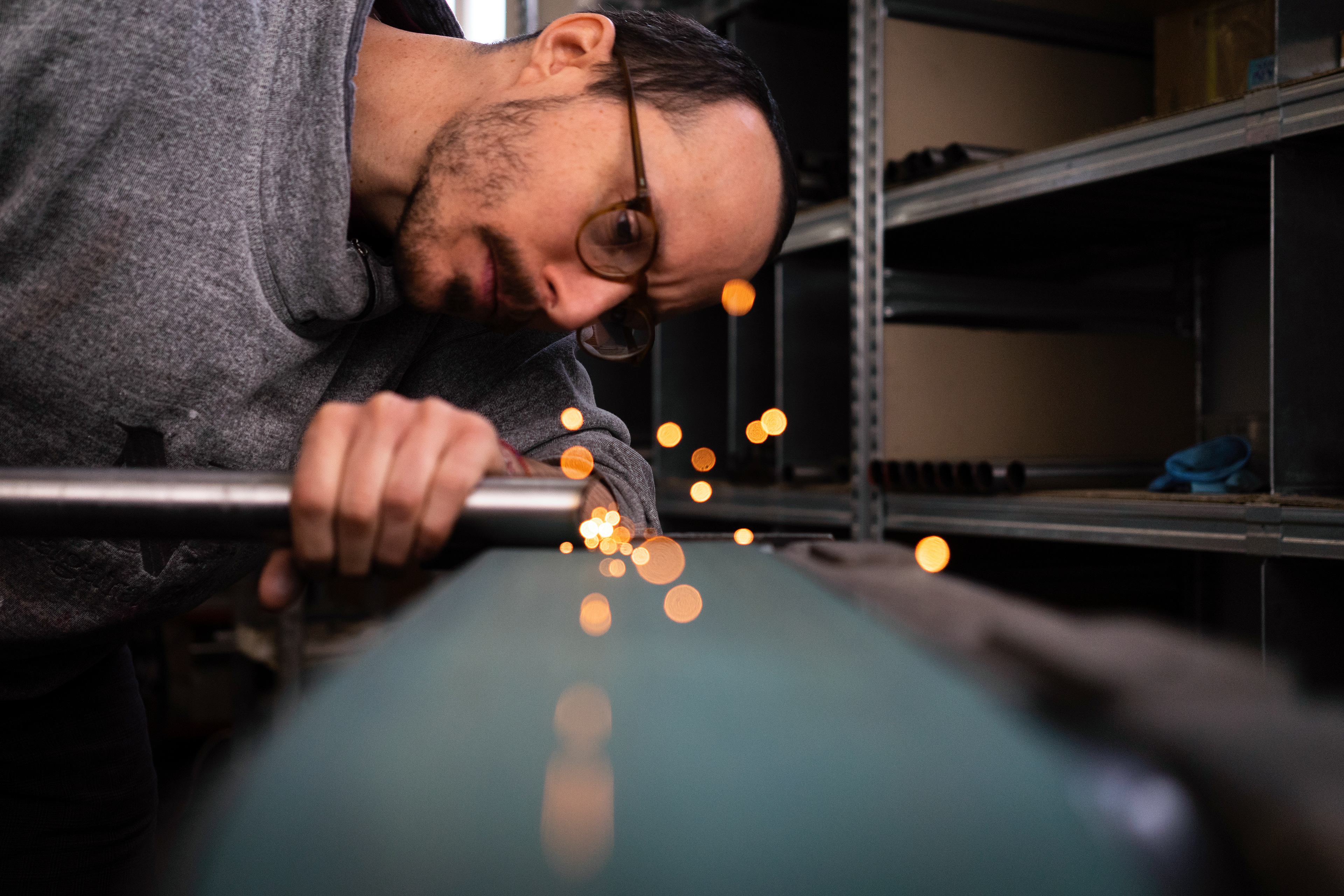 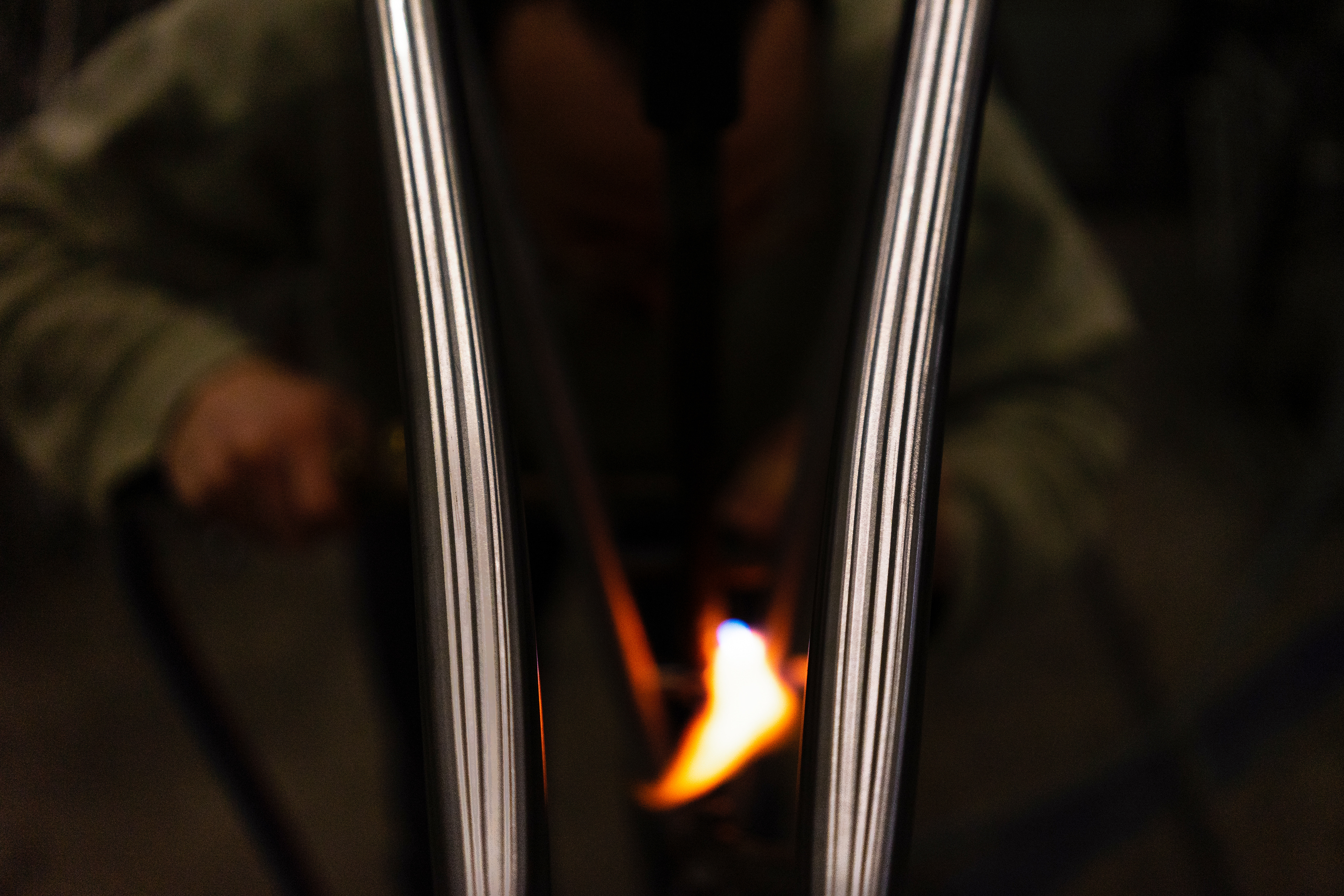 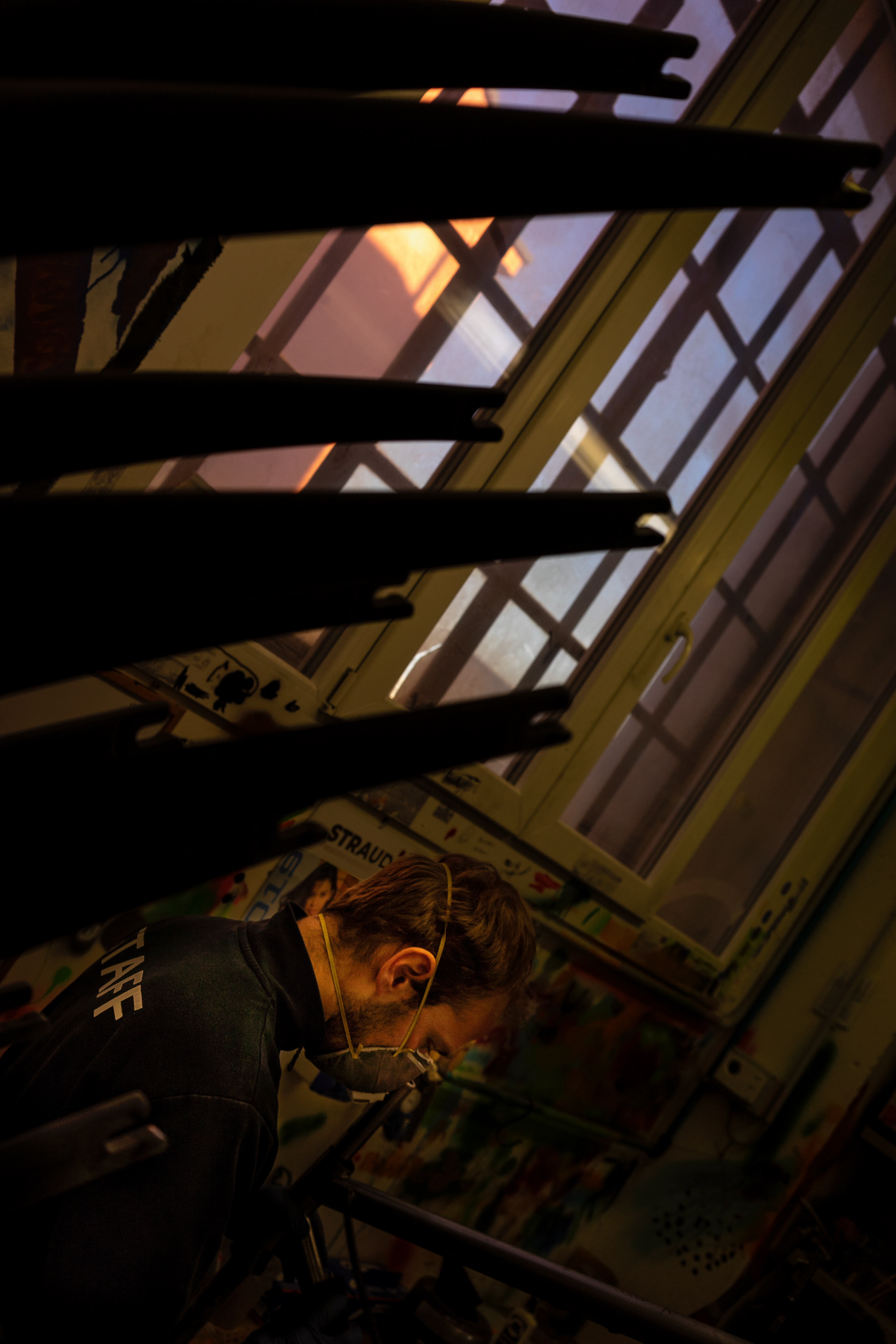 16: Fork Tree -Andrea Meggiorini, spends his morning sanding paint off a fork in order to create an entirely new kind of paint scheme for a frame destined for NAHBS the North American Hand Built Bike Show. It will the company's first frame debut since Dario's passing. 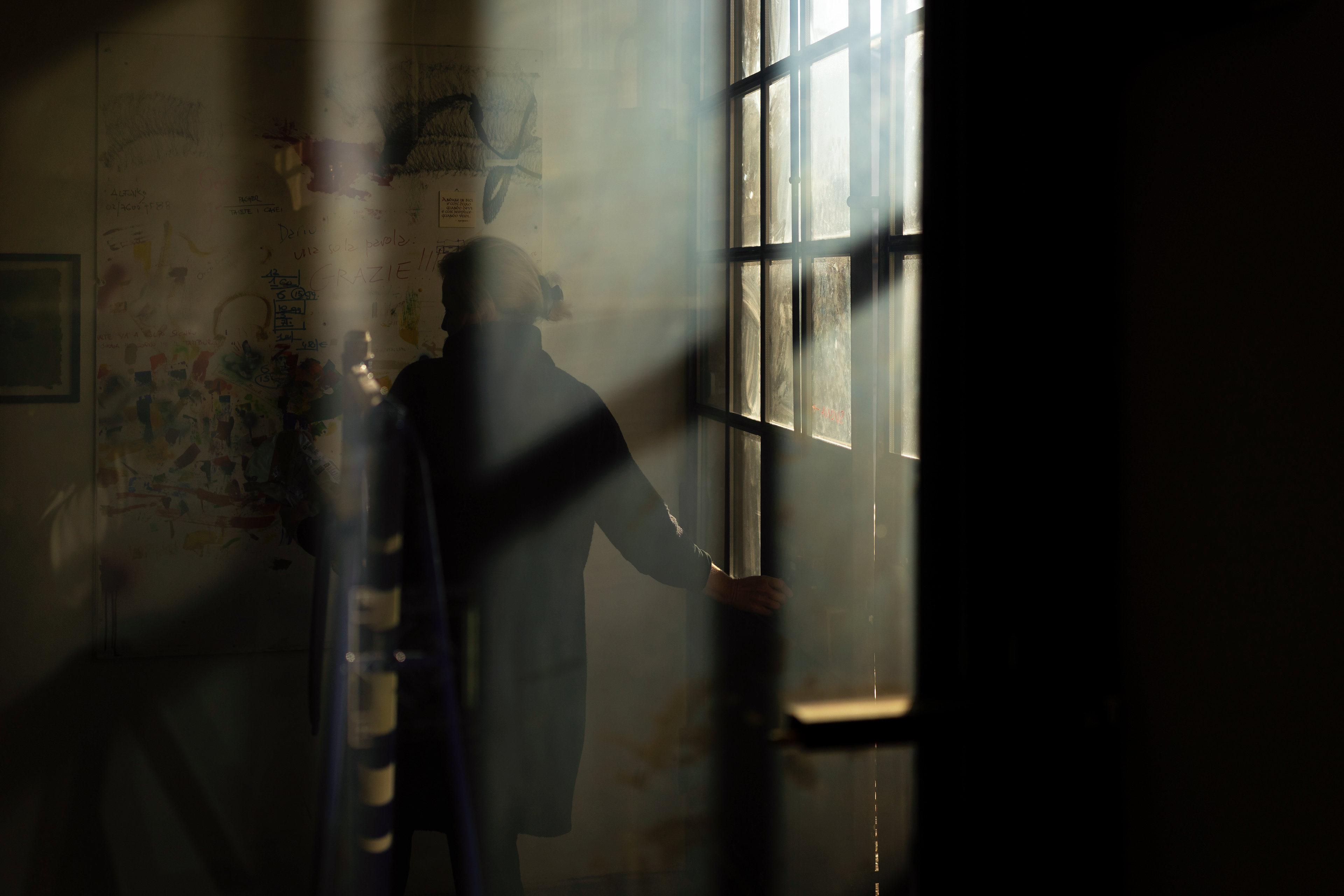 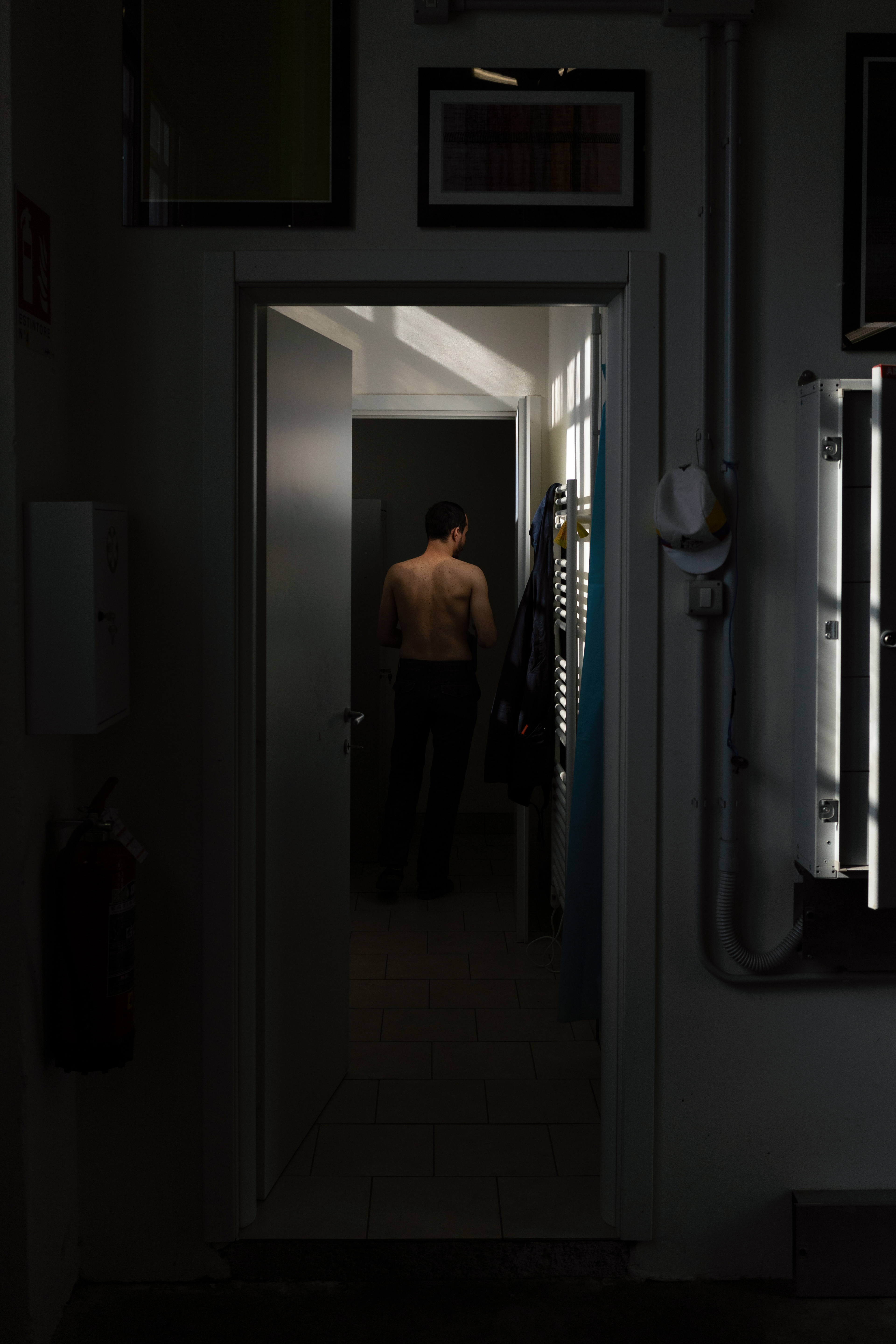 18: Gianmaria Changing -In a quiet moment, Gianmaria Citron changes his cloths and prepares to leave the workshop. 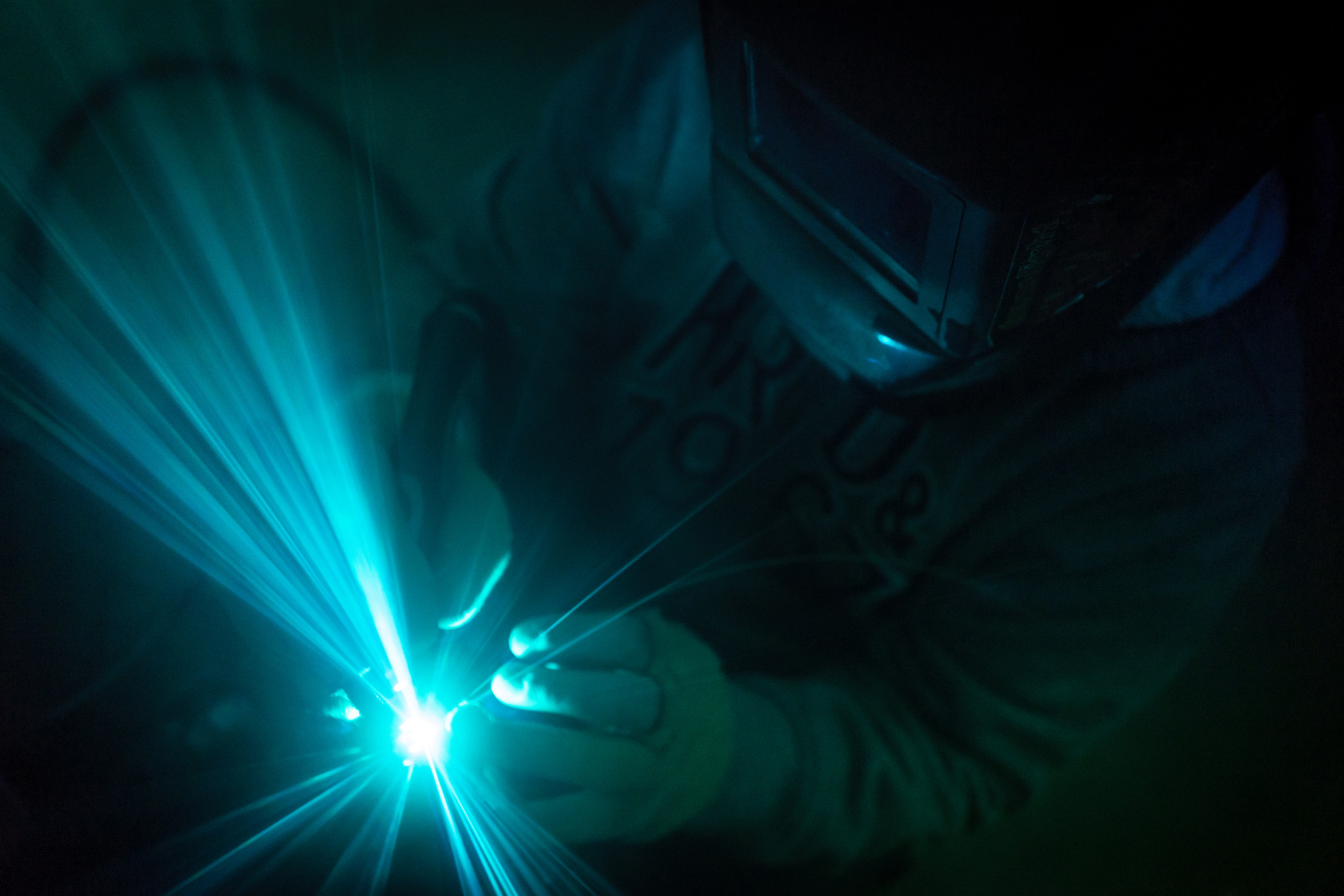 19: Pietro Tig Welding -Pietro TIG welds a frame on this afternoon. His skill here is dazzling. When finished, the welds around the joints of a Pegoretti frame look like perfectly symmetrical scales on the belly of a snake. 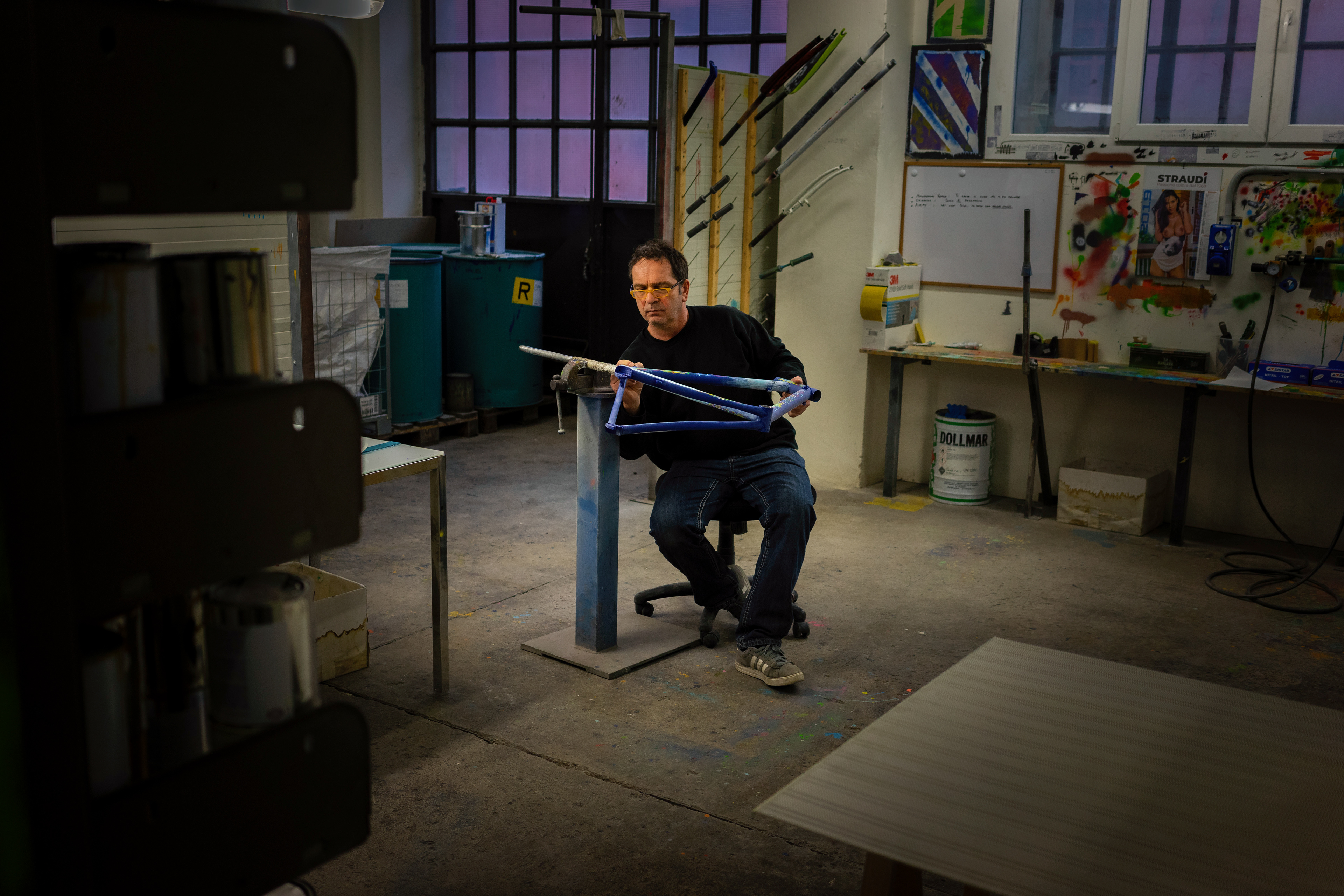 20: Pietro Paints Alone -Pietro "Pero" Pietricola is, and has been the Master of the shop. Pietro is the only person in the company who can build an entire frame by himself; and he can do it to the absolute highest standard. With Dario's passing, Pietro is now co-CEO of the company that he has helped to build.

Among the Olive Trees

Were It Not For Shadows

They Can't Kill Us All (Color)

One Minute Portraits
↑Back to Top

Insert copy here, which should vary depending on your region. Accept